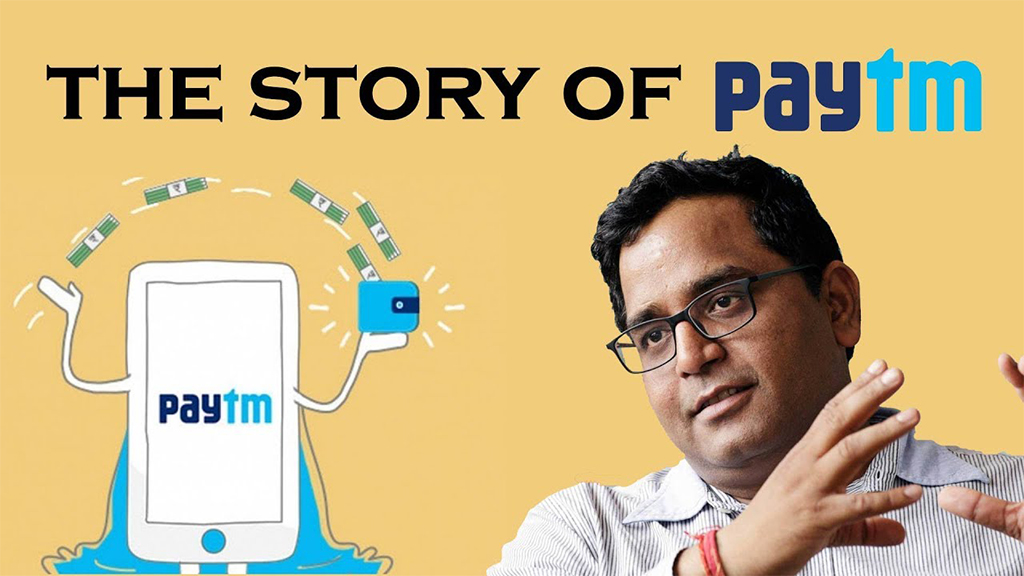 Two words that come to almost every Indian’s mind while Shopping, Post demonetization, are “Paytm karo.” Paytm has brought a paradigm shift in the retail industry by completely transforming the payment methodology. Initially, this online wallet cum e-commerce website was used to make payments for limited utilities like mobile and DTH recharge and shopping bills. Over the years, this portal has expanded its scope and has brought about anything and everything under the ambit of its operations. Customers now can recharge their metro card, pay bills for utilities like electricity and water, transfer funds to other bank accounts, book flight/train/bus tickets, make hotel reservations, etc. Now the latest Paytm Succes Story is everexpanding with the addition of e-retail and m-commerce stores.
This gives the option to small vendors to list their products on the website and allows them to expand their customer base.

The prodigy of India’s leading ecommerce website development  company One97 communication, Paytm was launched in August 2010 by Vijay Shekhar Sharma. Started as an online mobile recharge and bill payment platform, Paytm now enables its users to make almost every kind of transaction on a click of a button. In just a span of 8 years, Paytm has over 250 million registered users and counting.

Major investors in Paytm include Alipay, Alibaba groups, SAIF partners, Silicon Valley Bank, and Sapphire venture. Numerous revenue sources of Paytm include interest from the Escrow account maintained in a nationalized bank, advertisements on the website, commission from utility bill payments and other recharges, and commission on fund transfers from e-wallets to bank accounts.

Paytm is a Reserve Bank of India (RBI)-approved e-wallet, i.e., the user’s money is secured under the Escrow account with a nationalized bank. The security feature and easy user interface make Paytm the most favored digital payment platform in India. Paytm uses Verisign-certified SSL (Secure Sockets Layer) 128-bit encryption technology. This ensures that the online information of the user, i.e., the password and other financial details, is safe, thus providing greater protection to users.

This online payment system is not only secure but also robust.One of Paytm Success Story is it can handle around 5000 transactions per second. A high capacity of transactions has been made possible by the implementation of a very simple yet effective and safe payment method. Users can simply pay by either scanning a QR code of the shop or by entering the mobile number of the recipient. The Paytm wallet also has an option where a user can either safely park his or her money in the application and pay from the money in the wallet or pay directly from the bank via the application. The combination of secure transactions and high capacity has made Paytm one of the most favored payment applications. More and more number of people are now using Paytm to pay for their daily utilities and other expenses.

The popularity of Paytm was boosted by the government’s decision of demonetization. Demonetization forced people to switch to either plastic money or a digital payment method. This helped Paytm to further consolidate their position in the domain of e-payment application. Recent surveys show that Paytm has surpassed similar payment applications such as Mobikwik, Freecharge, and other ecommerce app developers in terms of both the number of users and the revenue generated.

One of the unique features of Paytm Success Story is that it is not only popular in cities but also equally popular in small towns and villages. Slowly and steadily it is becoming the favored mode of payment among masses.

Last year Paytm’s market share among the e-payment companies was 26%. Paytm is now planning to explore new avenues. By 2020, Paytm plans to tap the loan market and disburse small loans to 500 million people.

The Paytm Payment Bank was launched in May 2017. A 5-member board committee has been formed to expand the physical presence of the Payment Banks.

Paytm is also planning to give WhatsApp a run for their money by launching a chat app with more sophisticated features. Paytm acquired Shifu and Near.in to improve and strengthen its offline and online platform and enhance customer experience.

Paytm is enjoying unprecedented success; it has won accolades across the globe for work in the field of digital payment and e-commerce developers. Here is a list of awards and recognition bagged by Paytm in 2017:

Paytm is determined to improve their products and services and enhance customer experience. Their dedicated team tirelessly works to improve each feature no matter how small it may be. The Paytm team always endeavors to add small and incremental yet effective features that have ensured that it stays as the preferred digital payment platform among users. Paytm has proved to be a paragon in the field of ecommerce website developers and its meteoric rise in popularity has inspired others to follow suit.

success stories
Have an Innovative app Idea
Get a Free Quote to Build & Manage your App..!
submit
Popular Posts

Published March 20,2019 by Tvisha
The Success Story Of Zomato

Published March 20,2019 by Tvisha
The Success Story Of Zomato

Published June 21,2018 by Peter Aiken
Uber Success Story and Faster Growth Through Mobile Application
Have an Innovative app Idea
Get a Free Quote to Build & Manage your App..!
submit